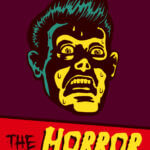 Scary, yet amusing stories about the IRS and our fellow taxpayers.

Although the final tax deadline was extended (due to the hurricanes) from October 15 until the end of January, we were still able to close out a lot of 2016 returns and are now taking a deep, relaxing breath before starting all over again. This is also when we get creative with our blog posts, so we decided to use a spooky Halloween theme for our October articles and newsletter.

These stories will send shivers down your spine

We scoured the internet to assemble this collection of spine-chilling (not really) stories about taxpayers and the IRS. Beware!! Since we didn’t fact check each of these stories, let’s consider this article a work of fiction created for your enjoyment.

The evil state. A tire retailer in New Hampshire received a $100,000 tax bill from the state of Massachusetts, stating that MA residents were purchasing tires at his store to avoid sales tax. New Hampshire then passed a law banning outside state tax agencies from attempting to collect taxes on purchase from non-NH residents.

Vampire tale. A woman with a rare blood type earned thousands of dollars donating her blood. She tried to offset those earnings by claiming a “mineral depletion” deduction for the loss of mineral content while her blood was regenerating. Mineral depletion is a valid deduction, but for removing minerals (like coal and iron) from the ground – not for blood.

The fires of hell. A couple’s summer home burned down, and they claimed a deduction for the fire that rang alarm bells with the IRS. Two agents visited, claiming the couple owed $14,000. The wife was a writer, so the summer home was filled with books. The IRS requested the name and author of every book lost in the fire.

The haunted pen. The IRS audited a couple who were writing off thousands of dollars in meals and wine. Turns out they were travel writers who toured the world, reviewed travel destinations, and wrote about their experiences. They owed nothing.

Zombie children. A strip mall tax preparer decided that he could boost his clients’ refunds (and illegally take a cut) by allegedly listing fake dependents with made-up social security numbers on their tax returns. He was caught, fined, and sentenced to jail time.

Terror on the turf. A youth soccer association got ghosted by the IRS for filing their referees as independent contractors. The IRS felt the referees should be filed as employees, and fined the association over $300,000.

Vacation of horrors. A man and his business partners liked to vacation in the Cayman Islands. Since the Caymans are also known as a tax haven, the man’s scorned ex-wife reported him as a tax cheat. It took several years for the man to prove that he didn’t evade taxes.

Water torture. The owner of a car wash was visited by two IRS agent who claimed he owed back taxes and penalties of over $2,000. The actual amount of back taxes owed was $0.06. The rest of the bill was for penalties and interest.

The curse of the missing tax returns. A couple received a tax bill of $40,000 from the IRS. Turns out the husband hadn’t filed taxes over the last 5 years because they were living paycheck to paycheck. The IRS just wanted the couple to file, so they hired a CPA to complete their tax returns. Their actual taxes due? $0.00.

Have a Hauntingly Happy Halloween!

Our thanks go out to a number of credible (and incredible) sources of information behind these stories, including Forbes, Aol, MarketWatch, The Street, and efile.com. We hope you enjoy reading this as much as we enjoyed writing it.