The Fiscal Cliff – What Do I Do?

The Fiscal Cliff – What Do I Do? 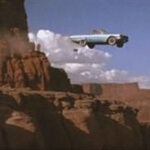 4 financial moves to consider, regardless of the final outcome.

We’ve been receiving a lot of phone calls since the presidential election about the upcoming tax increases and government spending cuts – popularly known as the fiscal cliff. The “cliff” is caused by the expiration of Bush-era tax cuts along with other pro-taxpayer provisions (like higher Alternative Minimum Tax exemptions), plus spending cuts mandated by the Budget Control act of 2011.

If Congress can’t reach an agreement, Federal income tax, long term capital gains tax, and estate tax rates will go up for many of you reading this article, and estate tax exclusions will go down. Even if Congress reaches a compromise between vacations, two things are almost certain:

Minimizing the Impact of the Fiscal Cliff

I’m sorry that I can’t deliver better news, but there are some things that you should consider, regardless of any Congressional action, as you prepare for upcoming tax changes.

Confused? You are not alone. The fact that Congress is still bickering this late in the year makes it very difficult to plan when you don’t know the ultimate outcome. If you are still hoping for the best, you can set up your financial transactions and then determine whether or not to pull the trigger once a fiscal cliff decision (if any) is made. With all of the meetings between Congress and the President, there’s a chance that you may still see some positive impact.