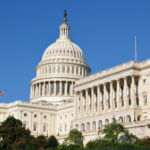 Your taxes will go up/down. The national debt will increase/decrease. This is good/bad for the US economy. Depending on the political tendencies of your news sources, it’s nearly impossible to understand the new House and Senate tax bills without reading the 700+ pages of the “Tax Cuts and Job Act.”

The goals of the bills are reasonable – encourage investment, create jobs, reduce complexity, and put more money into the pockets of the middle class. The real question is whether the bills will have the desired effect. I won’t guess the answer or get political, but I will highlight a number of items in the two plans that may impact Bach, James, Mansour & Company clients. Please also read the disclaimer below.

Good question. As I mentioned above, the House and Senate still have a lot of wrangling to do before they can vote on a final bill, and even then passage is not a given. It’s also pretty late in the year, so I question whether this will be passed in time to impact 2017 tax returns. The IRS will need plenty of time to incorporate any changes into 2017 tax forms.

This is my opinion based on extensive research. Assume that the details will change as the House and Senate negotiate and pass the final bill for presidential signature.